How to Cook an Octopus - Recipe

In this article is described how to Cook an Octopus. Fresh octopus is quite inexpensive and if cooked properly a delicious and healthy treat with very little calories.

If the octopus has not been cleaned, cut the back of the head laterally and turn it inside out. Remove with your fingers the entrails and the stomach sac. With the help of a scissor or a knife remove the beak, the eyes and the skin.

Wash very well the octopus under running water to get rid of the residual sand, especially along the tentacles and the sucker disks.

Bring to boil in a large stock pot abundant water.

Holding the fresh octopus from the head dip the tentacles in the rolling boiling water 3-4 times until they will curl up.

Change the water, rinse the pot and bring again to boil some water. Add about 2 tablespoons of coarse salt and some herbs if desired (bay leaves, celery, onions, juniperus).

Simmer the octopus for about 90 minutes (45 minutes for each pound). You can test the doneness of the octopus by sticking a skewer through the thickest part of a tentacle. If it goes trough without resistance it is ready.

Remove the octopus from the heat, let cool and cut it in small pieces.

The octopus is now ready to be dressed as you like better or used for pasta sauces or octopus salads.

In Italy is believed that putting a wine cork in the boiling water while cooking the octopus helps to tenderize the meat. Not scientifically proven but it doesn\'t hurt to try.

If you buy a frozen octopus let it thaw in the fridge for 24 hours before cooking.

Do not overcook the octopus or it will turn tough, losing its peculiar flavor.

Baby octopus can be prepared in a similar way. Their meat is more tender and does not require to be cooked as much.

How to Cook an Octopus is tagged as:

A delicious, easy and wallet friendly spicy pasta for your last minute dinner. Enjoy the simplicity of extra virgin olive oil, garlic and hot peppers that make this pasta an easy and yummy meal. Light and tasty!

Bechamel Sauce (Italian: Besciamella) is a traditional milk creamy sauce, used as base for many well known French and Italian dishes. Essential ingredient for lasagna, cannelloni and other delicious meals.

An original mix of flavors in this chicken with coffee sauce recipe. The spicy habanero flavor and the coffee are paired in a perfect and yummy match. Great with a side of steamed rice.

Octopus in tomato sauce is a great recipe for an exquisite and yummy seafood dish. Bring the flavors of the sea on the table with this tremendous meal.

Spaghetti allo Scoglio (Fresh Seafood Pasta) recipe is a traditional Italian seafood dish, usually one of the most expensive in any restaurant. You may cook your own at home with surprising results as described step by step in this recipe.

Octopus Salad is a delectable recipe for a healthy and low calories meal. This simple and delicious seafood dish can be served as a light entrée or elaborate appetizer. 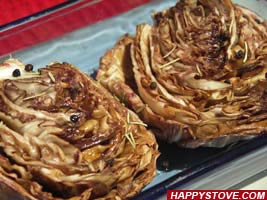 Oven Baked Radicchio is the recipe for a great red wine flavored starter or a delicious side... 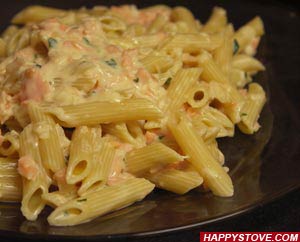 Penne Pasta with Smoked Salmon is a delicious main course that combines the delicate taste of... 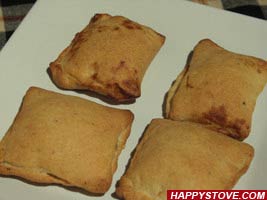 Jam and Ricotta Cheese Sweet Ravioli are delicious pastries with a sweet and fruity heart....